Early 1948  cam cover is a modified 1941-1947 Knucklehead cam cover is die-cast with a screw plug (a) in  overhead oil line hole.  The baffle plate is  steel  and is riveted into the cover.

The baffle plate is  steel  and is riveted into the cover. (B)

Early-1948-mid-1948 cam cover Is die-cast. overhead oil line hole  has a steel plug pressed in it instead of a screw.

late-1948-1950 cam cover Is die-cast. on these covers the oil line passage is not drilled.

1951-1953 cam Cover is sand cast. The overhead oil hole is not drilled.  breather tube to the baffle and the pinion  busing are not visible on the outside of the  cover. (could not find an image of an actual 51-53 cover.

In place of the steel baffle A plate is a cast.

1954-1957  Cam Covers have four ribs. The overhead oil passage remains but still not drilled. and have an updated pinion bushing.

1963-1964 Cam cover  has an oil passage added for overhead rocker oil line. A new bolt hole in the top peak of the cover To connect the  gear cover overhead oil line passage with the crankcases.

1965  Cam covers are finless and have the outside oiler passage and bolt hole.

The images  in this article are not all OEM parts. some are replicas,some are after market. but are similar enough for identification purposes.

The Panhead and Flathead site 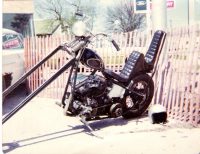 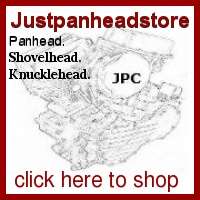 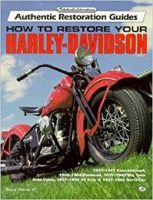